Posted by GladiatHers on September 30, 2016 in GladiatHer Wives, sports business |No Comments

We’re closing out the month of September with our GladiatHer® Wives feature! It’s no secret at all how we feel about women and sports; we believe women play vital roles in sports and should be given more opportunities to show their capabilities. Today’s GladiatHer® Wives feature, Danisha Rolle, feels the same way, and for the past eight years she’s been working to make the connection between women and sports even stronger. As a wife, mother and entrepreneur, Danisha is showing the world exactly how vital women are in the sports industry. Have a look at what Danisha has to say:

Thanks for chatting with GladiatHers.com, Danisha. Tell us a little about yourself.

Well, I’m originally from Evanston, IL, a suburb of Chicago. After high school I went to Florida A&M University for undergrad and then went to Pepperdine and George Washington University for graduate school. After graduate school I got engaged and married to my husband Samari Rolle. Samari is a former NFL cornerback. He played for the Titans and the Ravens. We have four children together and we live in Florida.

Besides being a busy mom and wife, what do you?

I’m the Founder and CEO of SET Magazine. SET stands for Sports & Entertainment Today. We’re aimed at the female sports fan, and we provide in-depth, behind the scenes looks into the lives of famous athletes and celebrities. We go beyond focusing on the stats and the scores and appeal to the things that women want to see. SET Magazine aims to provide content that helps improve the lives of our readers, so we focus on personal growth and lifestyle oriented pieces.

For instance, we have SET Weddings where we feature athletes’ weddings. We’re really excited about that. I remember when Samari and I got married, we were featured in a few publications, but it would have been nice to have a specialized publication to be featured in. We hope to become the go-to site for athlete weddings. People put so much time and money into their weddings and they share pictures with friends and family, but wedding pictures can also be inspiring for so many other people. So we wanted to provide an outlet for athletes and their wives to share their moments.

I love that you’re connecting with and catering to the female sports fans. How did you come up with the idea for SET Magazine?

While I was in LA at Pepperdine, the acting bug hit me. I started networking and eventually decided that I wanted to get into producing. I produced my first film while my husband was still playing. While I was producing movies and attending my husband’s games and other sports events, I noticed that there were a tremendous number of women who were supporting the men, working in sports and being fans in general, so that gave me the idea to create this platform for women who love sports. And that’s how SET came about.

Was going to your husbands’ games the first time you really got involved in the sports world?

No, I actually played sports in high school. I was on the softball team and I cheered. I love the competitive aspect of sports. So once we got married and I became immersed in this competitive environment, it was wonderful. Getting to see the competitiveness play out on a professional level has been great.

How do you think you playing sports and being immersed in sports through your husband’s career has impacted the way you run SET?

My goal with SET is to be fair and to provide a platform where athletes across sports and leagues can be heard in a way that speaks to women. So my history with sports has helped me because I know what perseverance and adversity look like and have been able to use those things to build this platform. Everyday is not easy, but you have to keep going, just like in sports. When you hit those stumbling blocks, it’s a matter of will you fold or will you keep going.

When you’re not being a family woman or overseeing SET Magazine, what other passions keep you going?

I am passionate about film and television production. I’m passionate about telling stories and getting the truth. In pursuing that passion I have actually been blessed to produce a number of films. Most recently, I produced Black Coffee, which is available now on Netflix. I also produced a film called Four Seasons and the very first one I produced was called Show Stoppers. Show Stoppers had Bryce Wilson, Faune Chambers, and Fredro Starr in it. All of my films have positive messages. I want to give thought-provoking content; which is also how we produce content for SET.

There are so many ways that women contribute in the sports world, aside from being athletes. It’s important for women to be in the front and back offices because we have voices and perspectives that matter. When I had the idea for set in 2008 and we launched in 2010 the voice of the female fan really wasn’t given respect. We went directly to the leagues to try to partner with them. But they didn’t view the female fan as something that was important, so they weren’t interested. We persevered, tested the market and we got great feedback. Eight years later we see that the female fan has a huge impact across sports. Our following is growing and we’re now preparing to take SET to a broader base. We’re currently available in print and digital and we’re designing an app so you can access SET from literally anywhere. We’re on our way to becoming an international go-to platform for the female sports fan.

We love what you’re doing and can’t wait to see more. As you work tirelessly to grow SET Magazine, what GladiatHers® have had the biggest influence on your life?

Wow. There are so many who have impacted me indirectly. I may not have been able to stand in a room with them, but the still had an effect on me. One in particular is Pat Summitt. When you look at how many women’s lives she’s come in contact with and impacted, it’s amazing. She was inspiration in the way she was a fierce competitor but she still cared. Another has been Jemele Hill. She approaches stories in an enlightening, fair, well-researched and prepared manner. So she’s very inspirational. I’ve also found inspiration in the women in the background who are so influential in steering athletes’ careers. Those women are GladiatHers® to me. 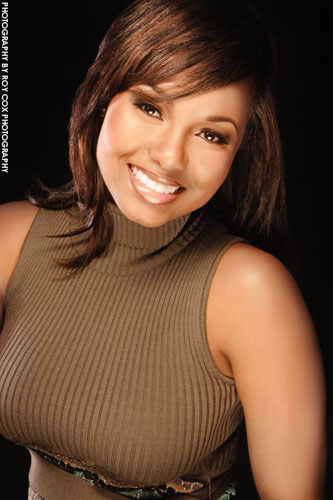 Yes! Give it up for those behind the scenes GladiatHers®! How can our readers keep up with you and SET?

Thank you so much for your time Danisha. Thank you for telling stories from a woman’s perspective and for giving female sports fans a platform. For so long we’ve been ignored, so it really is great to see women like you giving us a voice and an outlet. We’ll definitely be watching as SET Magazine grows into the powerhouse it deserves to be.

Did you enjoy reading about Danisha and all she’s doing in the sports industry? Be sure to share her story on Facebook and Twitter by clicking the links below!