Posted by GladiatHers on November 4, 2016 in basketball, GladiatHer Law, Uncategorized |One Comment

*Warning: Today’s post contains some sexually explicit language and content.  If you’re under 18 years of age, ask your parent if you can read this.*

Today GladiatHer® Law is back with some NBA star power and lessons on rape.  On October 19, 2016, twelve jurors announced that Derrick Rose, Ryan Allan and Randall Hampton were not liable in a suit that claimed they had gang raped a still unidentified woman.  This may not be relevant to some of you since it happened a whole two weeks ago; but I’ve continued to have some significant conversations about the trial, it’s potential effects on women and rape in general.  Such extensive conversation that I think it warrants the topic being dusted off and discussed here.  So in the words of Kevin Hart, you gon’ learn today…

Without getting into too many of the R-Rated details, here’s the gist of what happened.  Jane Doe filed a $21.5 million law suit in Federal court in Los Angeles.  In the suit for trespass, battery and sexual assault, Jane Doe claimed that while hanging out with her friend, Rose and two of his friends; the trio drugged her, allowed her to go home and then sexually assaulted when they entered her home, uninvited, while she was passed out.  Although Rose and Doe both admitted to prior consensual sexual encounters; Doe claimed that she remembered very little of the sexual encounter in question because she had been unconscious and had not agreed to have sex with Rose or his friends after she left their presence.  The case hinged on the issue of consent; did drugs or alcohol prevent Jane Doe from consenting to sexual intercourse with the men AND did the trio actually and reasonably believe that she had given her consent for such.

Why don’t we know who Jane Doe is?

In certain criminal cases it’s not uncommon for victims to remain anonymous for their protection and personal sense of privacy.  In fact, a number of states like California have laws that allow for victims of sexual assault to remain anonymous.  Civil plaintiffs however, especially in Federal court, don’t always have that protection.  Judges like to keep civil proceedings as transparent as possible.

Here, based on arguments that releasing her name could lead to embarrassment for her family, public ridicule and harassment for her, and that the Los Angeles Police Department had a pending criminal investigation into the matter; the Judge in this case allowed Jane Doe to remain anonymous despite multiple efforts by the defense to have her identity revealed.

Why was the trial in Federal Court?

Most law suits take place in state court because the Federal judicial system has limited jurisdiction (the authority to administer justice in a specific area and over specific subject matters).  When the Plaintiff (the one bringing the law suit) and the Defendant (the one being sued) are residents of different states and the amount in controversy exceeds $75,000, the Federal District Courts have jurisdiction.

What’s the difference between not liable and not guilty?

Not liable, and liability in general, is a finding made in civil court.  Not guilty, and guilt in general, is a finding made in criminal court.  To prove liability, civil plaintiffs are required to show that by a preponderance of the evidence (or that there is a 51% or greater chance) the defendant committed a tort (a wrongful act) against the plaintiff.  To prove guilt, criminal prosecutors are required to show that beyond a reasonable doubt (or that no other logical explanation can be derived from the facts except that) the defendant (the accused) committed the crime.  Crimes are harder to prove because potential imprisonment is attached to guilty verdicts.

I can’t tell you exactly why Jane Doe initially chose a civil suit over a criminal complaint, but here are some theories:  1) Jane Doe was running out of time.  The statute of limitations (or the amount of time in which you must file a legal action) to file a civil suit in federal court is 2 years from the time of the incident.  Jane Doe filed her suit exactly 2 years from the date of the encounter.  There is no statute of limitations for bringing a criminal complaint of sexual assault in California.* So it was better for her to file the civil suit in time and worry about filing the criminal complaint later.  2) She (or her attorneys) may not have believed that, with the facts at hand, a prosecutor could secure a criminal conviction because of the high burden of proof. 3) Some of her testimony suggested that she brought the suit because she felt ignored and wanted to be heard and respected.  She testified that she tried to talk to Rose after the encounter, but he was unresponsive until and unless she brought up the issue of money.

Whatever the rationale, it is important to note that bringing a civil suit does not preclude you from filing a criminal complaint and vice versa.  The two courts operate outside of one another.

The US Department of Justice defines rape as “the penetration, no matter how slight, of the vagina or anus with any body part or object, or the oral penetration by a sex organ of another person, with the consent of the victim.”  Notice, there is no mention of force, coercion or threats.  None of those is needed for a rape to occur.  What distinguishes regular sex from rape is whether before penetration there was consent.  That is all.

So if a woman gets willfully and terribly drunk at a party full of football players, passes out and a football player has sex with her while she is unconscious, that’s rape.  If a basketball player puts drugs in a woman’s drink without her knowing it and then has sex with her when she is under the influence, that’s rape.  If a soccer player and his girlfriend are making out and she decides at the last minute that she doesn’t want to have sex anymore, even though they are both naked, and he forces her to anyway, that’s rape.  You need consent (voluntary agreement by both parties) for it to not be rape. 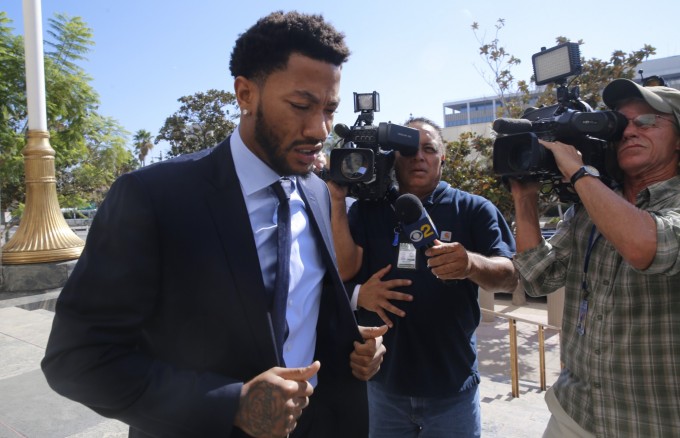 What made the jury believe Rose and his friends over Jane Doe?

As I stated, the issue in this case was one of consent; whether she was too intoxicated from drugs and/or alcohol to give it and whether the trio actually and reasonably believed she had given it.  While Jane Doe testified that she was drugged against her will and had blacked out after arriving at her home; her text messages before and after the encounter suggested that she requested drugs, invited the men to her home and was conscious during the encounter.  The trio testified that her text messages, words and behavior throughout the evening of the encounter suggested that she was a willing participant. In the end, the jury believed the trio’s explanation of the events.

Are there any ramifications from the outcome of this case?

There definitely are some potential ripple effects from this case.  For one, the not liable verdict makes the likelihood of the trio being criminally prosecuted very small.  The vast majority, if not all, of the evidence (including Jane Doe’s seeming inconsistencies) has been laid out in public and the jury wasn’t convinced by a preponderance of the evidence that rape occurred.  That makes it improbable that a prosecutor could prove beyond a reasonable doubt that a rape occurred.  Generally, prosecutors don’t like to waste their time or the people’s money, so an LA prosecutor would probably steer clear of taking the case.  But I’ve been wrong before, so we’ll see.

The trial could have some lasting impacts on Rose’s career and legacy.  Granted, a not liable verdict is a win, but the explicit details that came out in the trial about Rose’s sex life and the even the slightest possibility of a future criminal proceeding could limit future endorsements and branding opportunities for the player.  Then again, winning tends to bring on amnesia in American society, so if Rose is able to produce on the basketball court, the trial and its details could become a thing of the past in no time.

The not liable verdict, which is appealable, may prove to some that Jane Doe was a liar.  Some have suggested that her lies and Rose’s vindication make it hard for society to believe other women who claim that they have been sexually assaulted.  In the words of my wise friend Nicole Powell of The Sportstyle, “Nope, sexism did that.”  One of the ramifications from this case ISN’T that women will have a harder time proving sexual assault.  The disbelief of female assault victims and the misogyny of men have been in play long before Derrick Rose or Jane Doe existed.  Men have always tried to silence and discredit women whether sexual assault is involved or not.  Whether Jane Doe lied about the sexual encounter is between her and the God she serves and does not make her bare the burden of trustworthiness for all womankind.  What is factual is that 90-98% of women who report sexual assaults have actually been sexually assaulted and that the majority of women are silent about their sexual assaults for reasons like shame, disbelief of others, coercions, threats and misinformation.  Jane Doe didn’t change that.

Finally, my hope is that one of the lasting effects of the trial is that it makes people (especially young people) rethink how they engage in sexual behavior.  Drugs and alcohol aren’t necessary for your sexual organs to work. Adding them to the mix clouds judgment, memories and emotions.  They make it difficult to assess what happened in the hours following sex and allow for misinterpretations and miscommunications.  Sure drugs and alcohol may make you feel relaxed, but the relaxation isn’t really worth future regrets and trials filled with explanations about what you thought someone’s body language meant.  So maybe, just maybe Derrick Rose and Jane Doe help some young men and women “say no to drugs.”

As usual, thanks for reading and I hope I learned you something.  Feel free to share your thoughts about the trial, sexual assault and women in sports below!

*At the time the complaint was filed, California at a statute of limitations of 10 years on sexual assault.