Posted by asiam3 on December 12, 2016 in basketball, ncaa |No Comments

The 2016-2017 season is shaping up to be one of the best years for women’s college basketball.  There have been really good games so far and it’s only going to get better from here.  The New Year means conference play time and time to start thinking about March Madness.  Now, GladiatHers®, I know what you’re thinking- you haven’t seen many games this year and you’re not sure who is mixing up the scene now that the 3 Super Giants, Moriah Jefferson, Breanna Stewart and Morgan Tuck, are gone.  And I know you don’t want to get your predictions wrong, especially after last year’s unpredictable Final Four.   Well, I’m here to help.  Remember these names when drawing up your brackets in March and as you watch women’s basketball in 2017…

She’s my pick to win the National Player of the Year Award.  The 6’5 Forward has perfected her mid-range game and is averaging 17 points per game, while shooting 71% from the strike.  She’s the most consistent player on a team that can very easily make it to Dallas in March. Oh, and she will be the SEC POY…again.

The Scoring Machine of women’s hoops is back for another season- feels like she’s been in college for forever.  After scoring 30+ 8 times last year with some spectacular performances, she’s currently averaging 24 ppg.  This new Ohio St. team has some new faces and they’re struggling early against tough competition, but look for Mitchell to propel them to a Big 10 championship.  Maryland has won the last 2.

My favorite big and the most efficient one in today’s game.  She’s currently shooting 70% from the field and averages a double double.  Jones and Guard Shatori Walker-Kimbrough (who’s shooting 83% from the line and 46% from 3-point land) provide Maryland with a beautiful inside-out style. 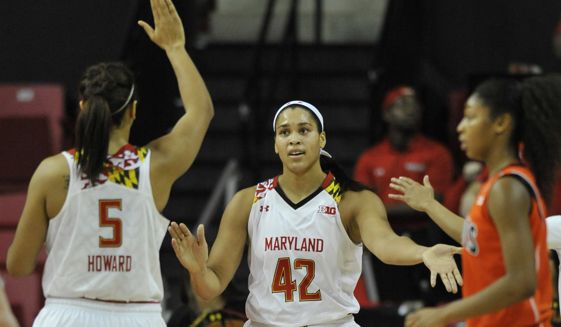 Nobody was really talking about Plum two seasons ago.  She had a breakout season last year and the fame hasn’t fazed her.  She’s averaging a staggering 30 points per game and she’s very close to breaking the PAC 12 all time scoring record.  Plum can easily win National POY, but her team has to do well this season for it to happen.

The 5-8 Guard looks unstoppable this year for a team that just lost their AP No. 1 ranking to UCONN.  She’s averaging 18 ppg and is shooting 50% from the field.  Look for her to lead Notre Dame to a consecutive ACC Championship. 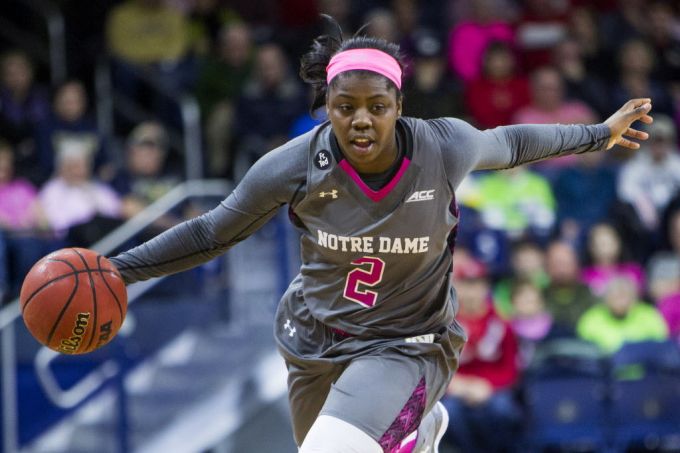 Collier is leading this “new” UCONN team to convincing wins early in the season with 19 ppg.  She is their main force on the inside, but early foul trouble has hindered her production in the 1st half. 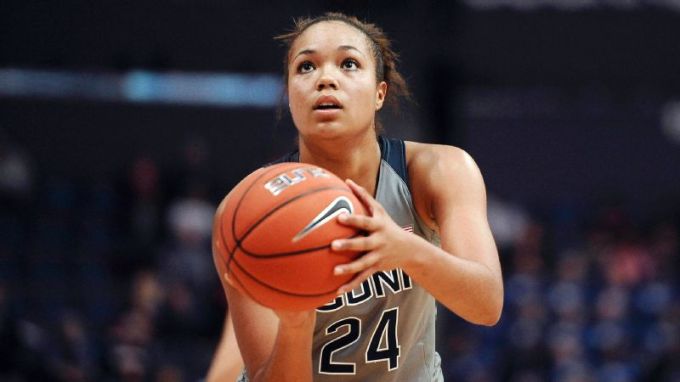 This young Cards team has had a rough non conference schedule and Allen’s play hasn’t helped.  She’s their best overall player and is a threat to McGraw’s Irish in the ACC.  Durr’s excellent play thus far should take some pressure off Allen, so she can find a rhythm. 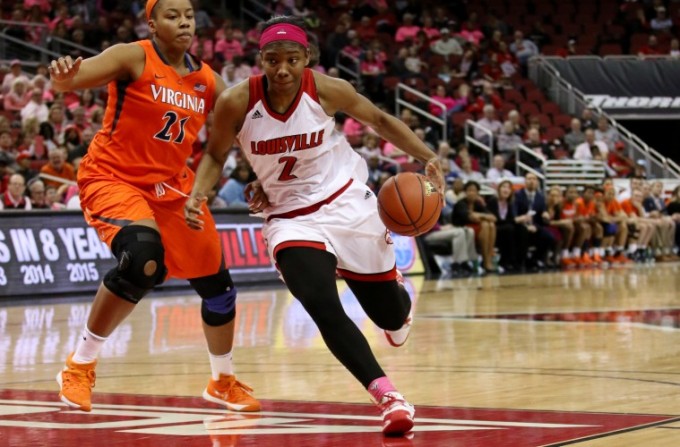 Canada is really, really good, UCLA is No. 10, and I don’t see them going away any time soon.  She’s a huge match up problem and she’s dropping dimes everywhere with 8 assists per game. 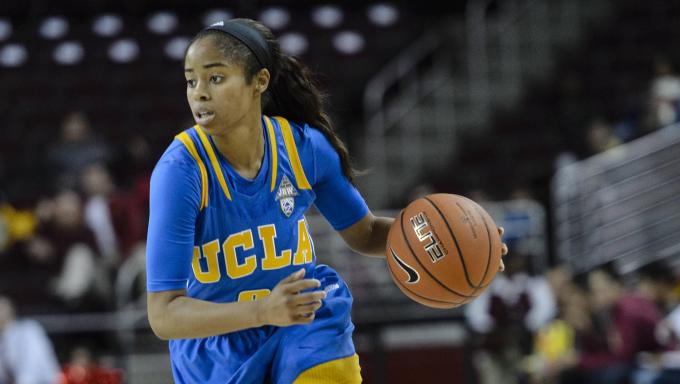 Coffey is averaging 19 ppg for a Wildcats team that isn’t doing much in the Big 10, but she’s very exciting to watch.  She is also the programs all time leading rebounder. 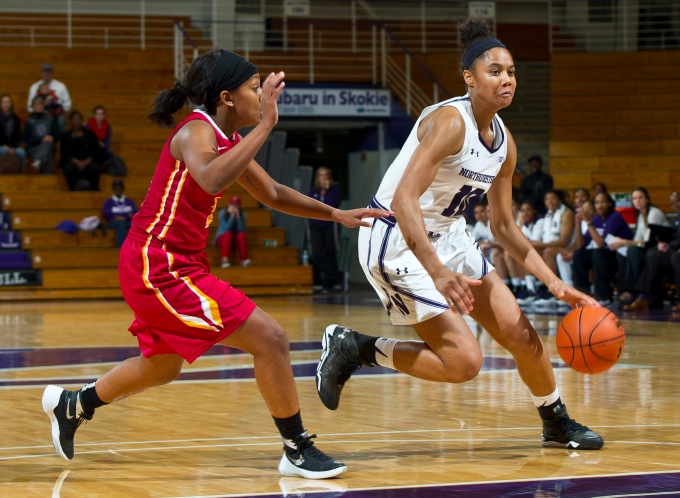 Martin’s athleticism and mid range game are the reasons why I think the Mountaineers could knock off Baylor this season.  She’s averaging 19 and is accompanied by Lanay Montgomery and Chania Ray.

I know you’re confused with this one, but she has 42 blocks in 11 games…how could I ignore this? 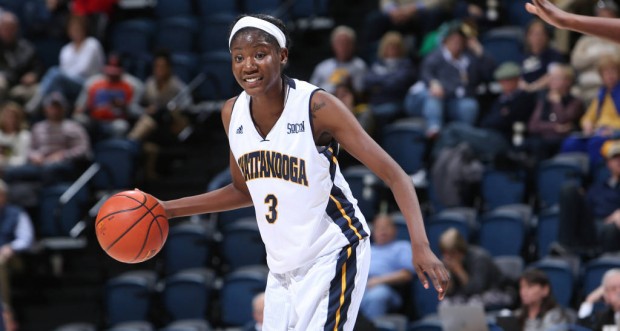 Enough about Notre Dame in the ACC.  The Big 3 for the Hokies is making me think a little.  Hicks has been big this season, including a 24 point performance against Tennessee. 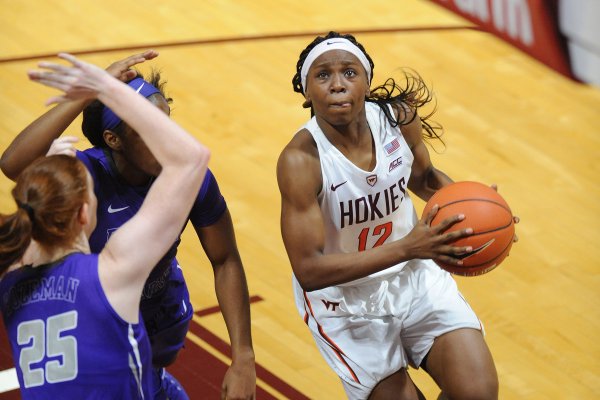 If you learned something from and enjoyed this list, be sure to share by clicking one of the links below!