Posted by GladiatHers on February 23, 2017 in Uncategorized |No Comments

For hundreds of years historically black colleges and universities (HBCUs) have been responsible for educating some of the brightest minds in this country. Many of them have their roots in a time when all-white institutions refused to educate black children and adults. While separate but equal is no longer the lay of the land, HBCUs continue to stand as institutions of excellence; institutions that are necessary for the education of black minds and the maintenance of black culture in America and beyond. In honor of Black History Month, today we’re going to celebrate some of the GladiatHers® who were educated and trained at these places of academic and athletic excellence. 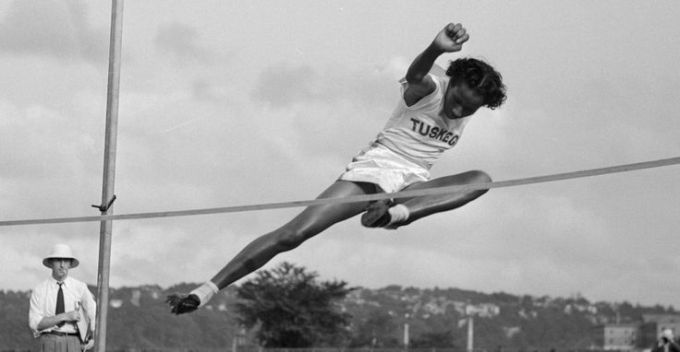 Tuskegee University is home to one of the first women’s track teams in the United States, so it’s no surprise that it has produced some of the most iconic women in track and field. Three years after the team’s inception, two of the team’s athletes, Louise Stokes and Tidye Pickett qualified for 1932 Olympics as members of the 400m relay team. Though white athletes were chosen to compete over Stokes and Pickett, they became the first African-American women to qualify for the Olympics. In 1936, after the disappointment of not being allowed to compete, both women returned to the Olympics in Berlin. Stokes again qualified as part of the 400m relay team and Pickett qualified in the 80m hurdles. While Stokes was overlooked once again, Pickett became the first African-American woman to compete in the Olympic games. Though racial injustice may have prevented both women from reaching their full potential, they set the stage for a long history of African-American women competing in track and field.

Another track and field great to hail from Tuskegee was Alice Coachman. Although she grew up in the deeply segregated Georgia where she was denied the opportunity to compete in organized events, Coachman would not be denied. She trained herself in the high jump in open fields with bare feet and old equipment. Because World War II stopped the Olympic games in 1940 and 1944, Coachman, who became a national track and field star, would not make her Olympic debut until 1948. With her record setting high jump of 5 feet 6 1/8 inches, she became the first African-American woman to ever win a gold medal and the only American woman to win a gold medal in those Olympics.

Before Venus and Serena, there was Althea. And before Althea Gibson’s Grand Slams, she was a student-athlete at FAMU. While Gibson attended FAMU on a tennis and basketball scholarship, tennis took center stage. Within a year of enrolling, Gibson became the first African-American to compete in the United States National Championships (now the U.S. Open). While at FAMU she also became the first black person to compete at Wimbledon. After graduating from FAMU in 1953, Althea’s tennis career continued to blossom. She became the first African-American to win the French Open, Wimbledon and U.S. Open singles titles. Also a prolific doubles player, Gibson claimed 5 Grand Slam doubles titles. After breaking barriers in tennis, Gibson broke barriers in golf becoming the first African-American to join the LPGA and made a successful run on largely segregated tour. Gibson, one of the greatest, most well-rounded athletes of all-time, helped establish FAMU as tennis powerhouse for years to come. 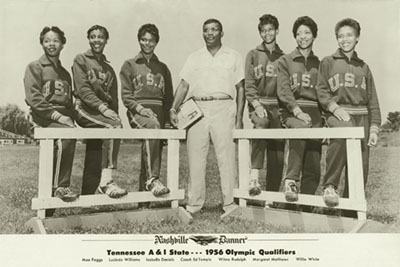 While she was never officially a student-athlete, Wilma Rudolph trained with famed Tennessee State coach Ed Temple and the Tigerbelles, the legendary women’s track and field team that won 23 Olympic gold medals. After battling pneumonia, scarlet fever and polio in her childhood, Rudolph would go on become the fastest woman in the world. Prior to working with Temple, Rudolph won a bronze medal in the 1956 Olympics as a member of the 400m relay team. Then in 1960 after joining forces with Temple and the TSU Tigerbelles, Rudolph won three gold medals in the 1960 Olympics, making her the first African-American to do such. Rudolph became an instant international star and pioneer in civil rights, refusing to participate in segregated events. She later enrolled at and graduated from Tennessee State, studying education. Until her death, Rudolph remained an inspiration to all.

When you think of the WNBA you typically think of players from schools like UConn, Tennessee and Stanford. But Andrea Gardner, drafted in the second round in the 2002 WNBA Draft, made a name for herself at Howard University. After winning Rookie of the Year and back-to-back MEAC Player of the Year honors, the Utah Starzz (now the San Antonio Silver Stars) drafted Gardner making her the highest drafted player from an HBCU in WNBA history. Gardner went on the play for the Seattle Storm and Washington Mystics. She also had an extensive career overseas playing in countries like Greece, Spain, France and Italy. Now retired, Gardner works as a teacher and coach.

This list is in no way exhaustive. HBCUs, even while competing with predominately white institutions that have larger budgets and nicer facilities, continue to produce world-class athletes. Women like Olympic gold medalist Francena McCorory from Hampton University and the National Champion cheerleaders of Savannah State University show that HBCUs continue to build on black history in sports.

In honor of Black History Month share some of your favorite HBCU graduates in the comments section below!!