Who Can Upset UCONN and What Will it Take?

This year was supposed to be the “rebuilding year” for Geno Auriemma’s team, but wins over 9 top 25 teams rebuked that notion.  They have been the best college team in the country this year, but with close games against good competition and the recent scare against Tulane, we can’t just give UCONN the trophy yet.  There IS a way to beat UCONN, and if last year’s tournament didn’t emphasize this enough, anyone can lose on any given night.  The writers at GladiatHers® love competition and we have a pretty good idea of who can beat UCONN and how they can do it.

Here’s who’s up for the monumental challenge:

The 87-81 thriller on December 29th was unlike any Maryland UCONN match up I’ve seen in recent years.  Maryland has a deep, gritty team mixed with bonafide stars and young studs.  They are the highest scoring team in the nation (90 ppg.), they outscore their opponents by an average of 27 points, and they out rebound almost every team they play .  Brenda Frese has never beat Geno in her coaching career and she finally has the team that can get it done.  If they can withstand the tournaments toughest bracket and keep their 3 seed, they would see UCONN in the Elite 8. 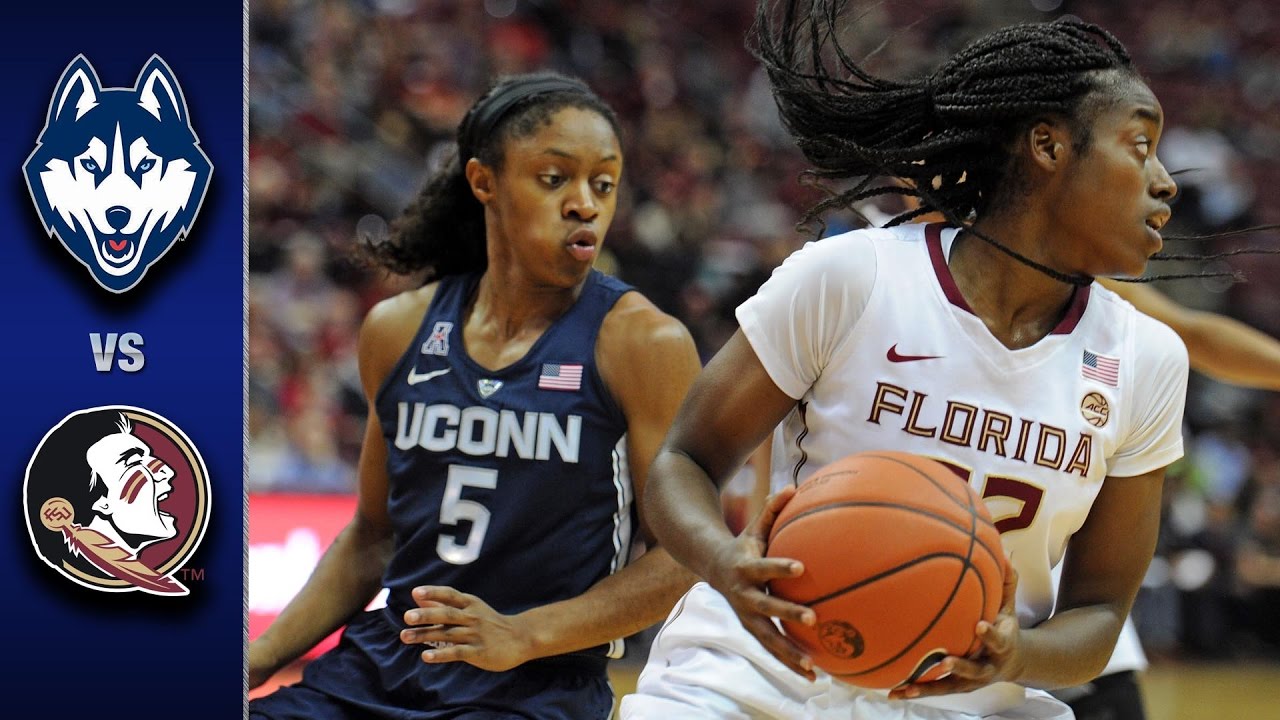 They came closest to beating UCONN earlier this season with a 78-76 heart pounding game in the wake of the 2016-2017 season.  They didn’t have their floor general Leticia Romero in that game, who is one of the best point guards in the country and the second best in the ACC.  The Seminoles have balanced scoring and long, active players who out rebounded the Huskies and forced 18 turnovers.  FSU could make things interesting if they can get their best player, Shakayla Thomas, back before a projected match up against Maryland in the Sweet Sixteen.

Notre Dame’s Muffet McGraw is one of 3 current coaches to have beaten Auriemma in the last 10 years and one of 2 to have beaten him more than once.  I’m very aware they under performed in the 11 point loss on Dec. 7th; however, out of all the number 1 seeds, they have the easiest route to make it to the Final Four.  They are the only team that can out shoot UCONN, and if the 3’s aren’t falling, Lindsey Allen will look to dissect the defense and Brianna Turner can assert herself on the inside.

Washington has the best college player in the world, they shoot 39% from the 3, they have the nation’s leading rebounder, and they are a top 5 scoring team.  Kelsey Plum has the ability to lead them back to the Final Four and propel the program to new heights.  Nobody on this UCONN team can slow her down, while also keeping their role players at bay.  This team is hungry and it’s time we place Washington among the best college teams.

Admist all the controversy,  Baylor has to be in the conversation. Kim Mulkey has beaten the Huskies more than anyone else as of late and her fiery coaching style could push her team to another win.  Alexis Jones was an absolute beast in the first meeting with 23 points and 6 boards but she’s out right now with a bruised knee, and we aren’t sure when she could return.  They have size and depth and they shoot the 3 better than anyone in the country (40%).  Nina Davis didn’t score one point UCONN in the game and I don’t foresee that happening twice if they were to meet up again.

Shocking pick I admit, but this is a very scrappy and disciplined Missouri team.  They just recently beat South Carolina at home and then dropped 100 points on Ole Miss after that.  Sophie Cunningham is a big, versatile guard who is relentless – she is not afraid of UCONN and will go right at them.  This is an early, tough match up for the Huskies and Missouri’s physicality could cause some issues for them.